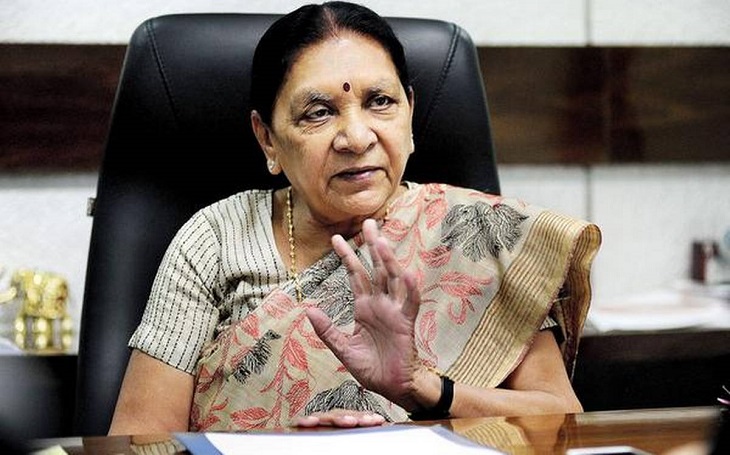 Former Gujarat Chief minister and present governor of Uttar Pradesh Anandiben Patel has been given additional charge as governor of Madhya Pradesh. Her term will be effective from the date she assumes charge of office in the absence of Lal Ji Tandon, an order from the President of India, Ram Nath Kovind reads. Madhya Pradesh Governor Lal Ji Tandon was on June 13 admitted to a hospital in Lucknow after he complained of fever. He also had urological complications and was shifted to the ICU.

Tandon had since been unable to perform his duties due to ill health. He had to be put on ventilator and his condition was reported to be serious but under control. Patel’s appointment is a temporary one untill Tandon returns to his duties. ” President of India is pleased to appoint Anandiben Patel, Governor of Uttar Pradesh, to disdischarge the functions of the Governor of Madhya Pradesh, in addition to her own duties during the absence on leave of Lal Ji Tandon,” a statement said.

Bihar: Approach road to bridge collapses within a month of inauguration, govt gets flak

Blanket ban on alcohol affecting the interests of Gujarat

#Column: We need to learn to respect nature

Priyanka Gandhi questions logic behind weekend lockdown in UP

UP Governor Anandiben Patel given additional charge of Madhya Pradesh

Exclusive media debuts in UP and Rajasthan today

India approves emergency use of antiviral drug ‘remdesivir’ for COVID-19

Uttar Exclusive is a digital platform for the news, views, and facts and figures of the day today stories across the globe. We intend to serve a unique style of web portal where forgetting the language barrier one can read news in Hindi and English on Exclusive group.